Since 1992 the Vedute Foundation has collected a library of 3D manuscripts which are created on invitation by artists, architects and designers from all over the world. These manuscripts have one thing in common: their size is 44 x 32 x 7 cm in closed form. Angie Abbink & Lia Kroon were invited to make their contribution to this library in 1992 and 2011. Every library should contain at least three universal texts: a dictionary, an atlas and the Bible(or other religious book). This is the first part and is conceived as a ‘dictionary’ of space. The manuscript has the clear structure of a dictionary, with headwords and definitions. The parchment spine contains the word ‘space’ in different languages. These words are completely legible when the book is opened, that is to say, is pulled out.At the same time, this gives rise to a literal space and the search has begun. As a guide, use has been made of ‘The words; memoirs of a failed infant prodigy’, by Jean-Paul Satre:
‘……Even before I could read I already revered these raised stones, upright or leaning, wedged together like bricks on the shelves of the bookcase or nobly spaced like avenues of menhirs……..’ Vedute: Dictionary of space

‘The visible makes a work’s form; the non-visible its value.’ (Tao Tseking) 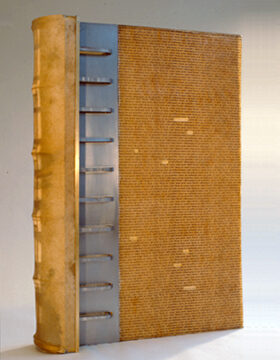 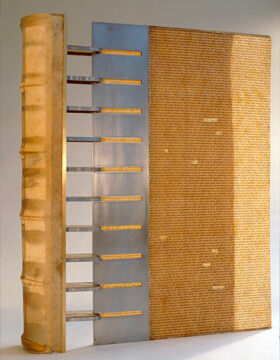 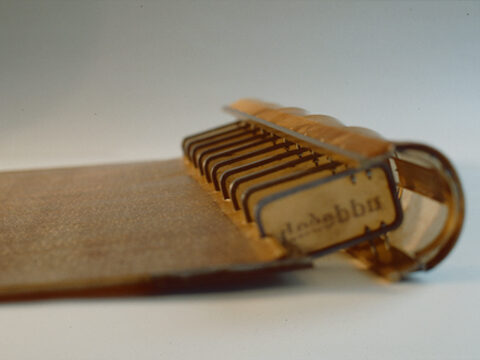 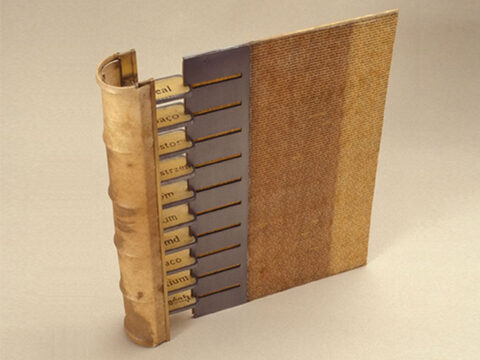 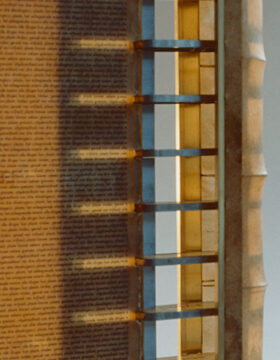 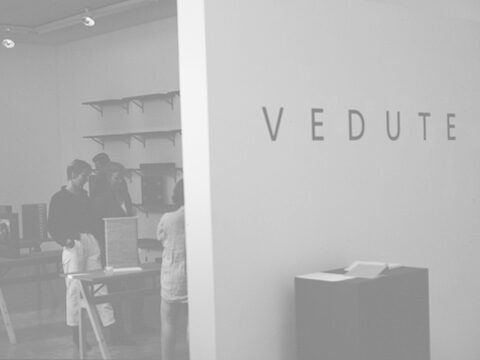 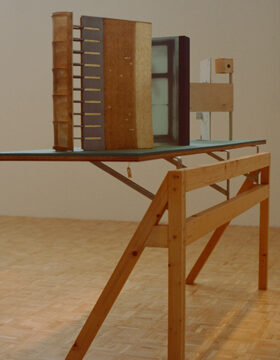