Update of the existing layout and furnishing for the UMCG University Medical Centre bookshop (the former Polare bookshop), Groningen, The Netherlands. The chief issue here was the inward looking layout with two bottlenecks: a counter too small for its function with little space to move and a ‘window’ not used to its full potential given that it is the shop’s first point of engagement.
The make-over was required to happen inside an extremely short timeframe, with the shop remaining open during its regular hours.
In keeping with the specified corporate style, the finishes to the furniture are the same materials and colours as the shop in Roden. The desk was moved and replaced by a three part combined desk/display, which is moved outside during the day when the front elevation opens out. The shop window has been supplied with new lighting and expanded with various cabinets and displays, one of which is also moved outside during the day. The interventions express a clear layout, which proves a magnet to clients. 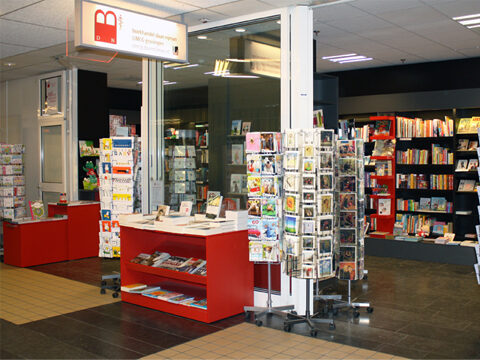 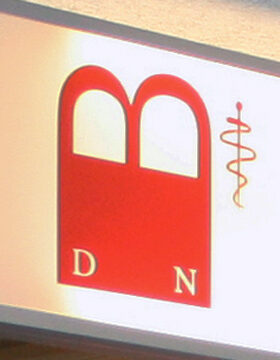 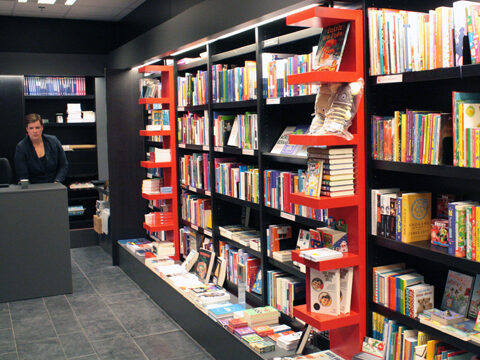 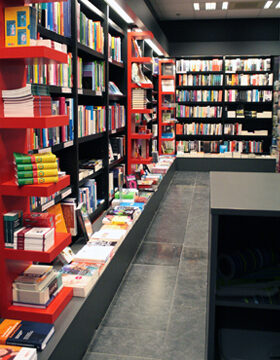 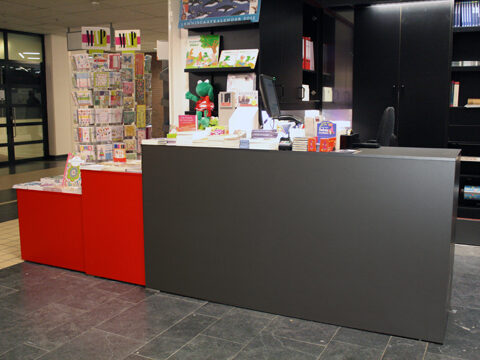 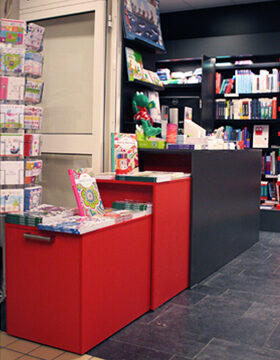